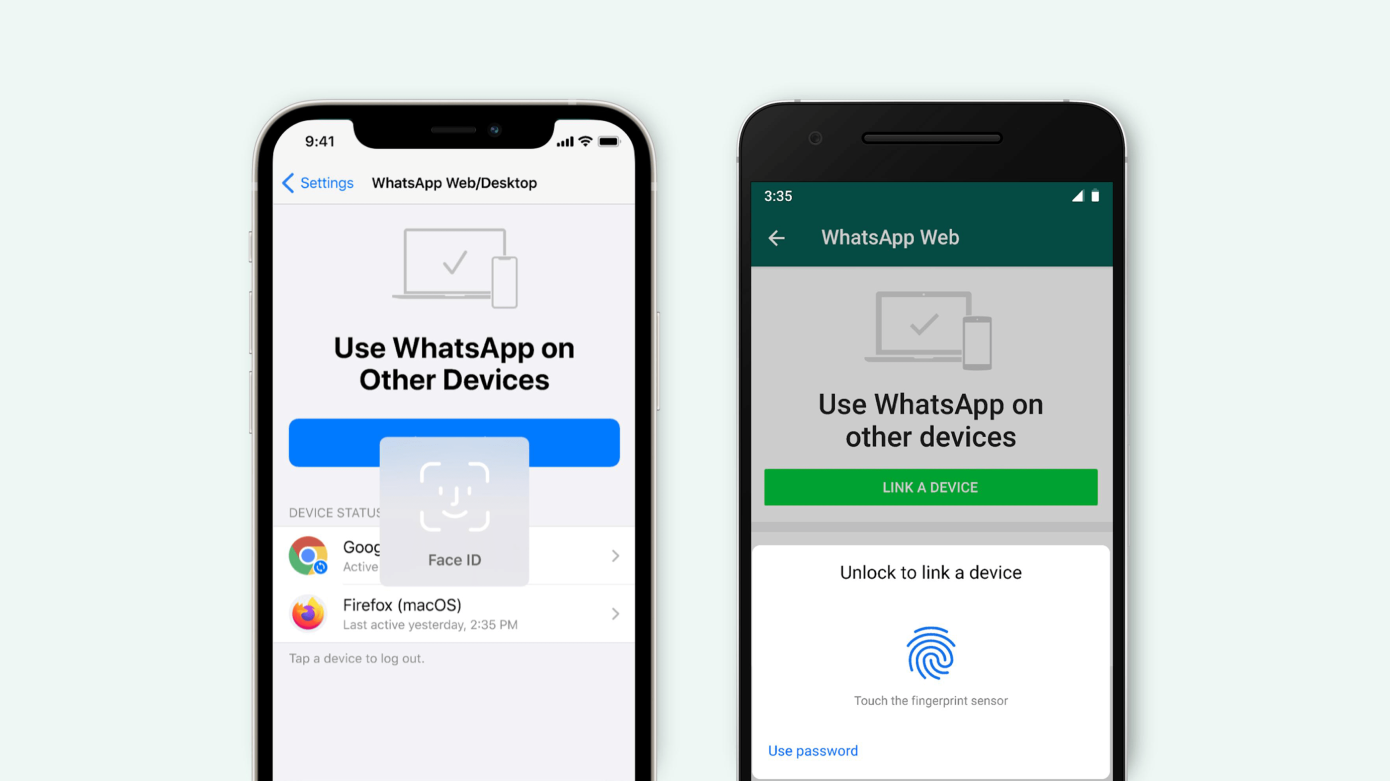 WhatsApp adds biometric authentication to its web and desktop versions

WhatsApp, the popular Facebook-owned messaging app with more than 2 billion users, took a lot of heat and lost users in recent weeks after announcing (and then delaying) changes to the way it uses your data. It wasn’t done with the way it is tweaking privacy and security and now, it is adding a new biometric feature to the service to provide a new layer of authentication for those using its web and desktop versions.

The company said it will allow people to add a fingerprint, face or iris scan to use WhatsApp on desktop or the web by linking it to its mobile app, for use alongside existing QR code authentication.

The feature comes on the heels of what WhatsApp describes as a “visual update” to the WhatsApp web page in the Android and iOS apps for linking and managing devices connected to an account. The company hints that more updates are coming soon.

When implemented, it will appear for users before a desktop or web version can be linked to a mobile app account, which today relies only on the use of a QR code. The QR code is not going away; this is a second step that users will have to take, similar to how one can choose to implement two-step authentication on a phone to use the WhatsApp mobile app today.

WhatsApp says that on iPhone, it will work with all devices running iOS 14 and above with Touch ID or Face ID, while on Android, it will work on any device that supports biometric authentication (Face Unlock, Fingerprint Unlock or Iris Unlock).

The service is another step forward in WhatsApp creating more feature parity between its flagship mobile apps and how it interacts with the service when used elsewhere.

Although WhatsApp started as a mobile messaging application, over the years it developed other ways to use it, for example, adding desktop support in 2015 to the iOS version.

Mobile devices still represent the majority of WhatsApp users, but situations such as the pandemic generated an increase in users of its native web and desktop applications.

WhatsApp said it will add more features this year to bring the desktop and mobile experiences closer together, such as making calls on the web version.

WhatsApp’s recent announcement (and backtracking) on changes to data sharing between it and Facebook put many people on edge about the company’s intentions. It’s a particularly touchy subject as messaging was intended as a very personal and sometimes private space, seen as separate from what people do on more open social networking platforms.

Over the years, of course, that view was modified through data leaks, abuse of group messaging and changes in terms of privacy. All of that means that there will probably be a lot of people who will also doubt what Facebook’s intentions are.

WhatsApp is quite clear that it cannot access the biometric information it will store on your device and that it is using the same standard biometric authentication APIs used by other secure apps, such as banking apps.

This new biometric feature is being implemented to create a more secure way for people to link applications between devices. But in the quest for that feature parity, going forward, it will be interesting to see how and if biometrics might appear as those other features are also implemented beyond mobile devices.