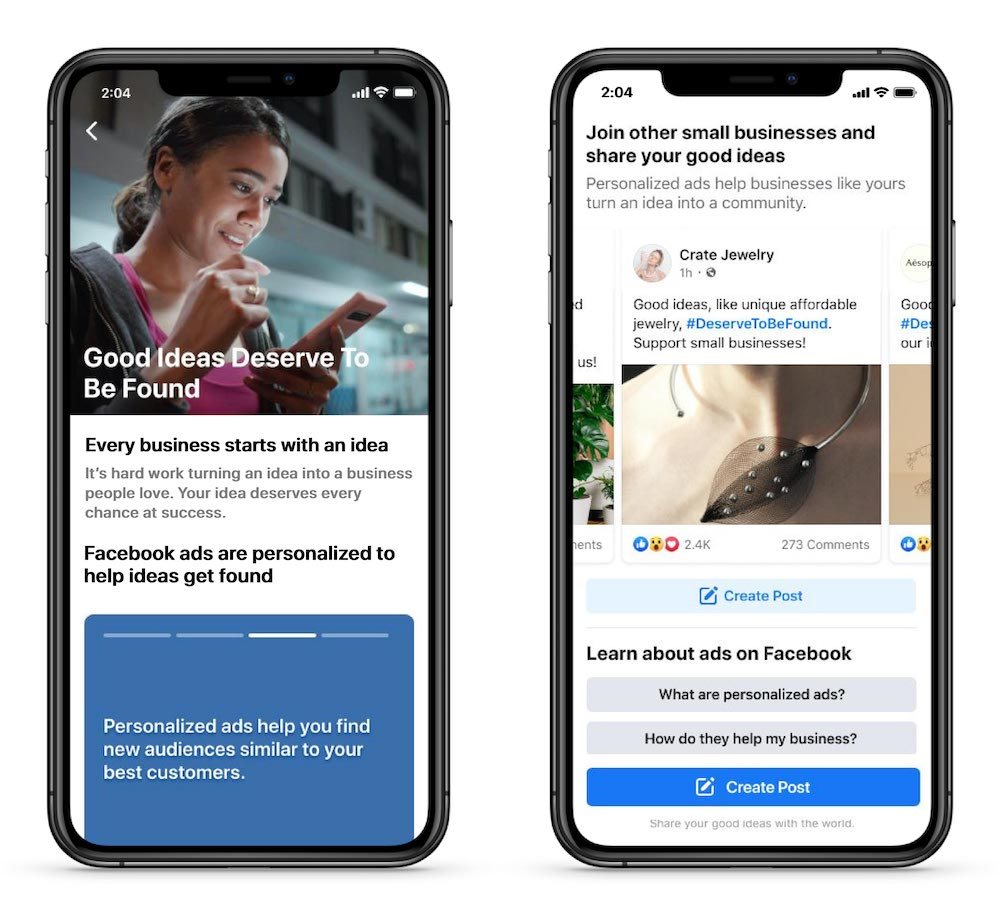 Online advertising can be a pretty cut-throat topic, as Facebook’s head of brand marketing Andrew Stirk acknowledged, but with a new campaign of its own, the social media giant is looking to “bring to life how personalized ads level the playing field” for small businesses.

The Good Ideas Meerve To Be Found campaign will include TV, radio and digital advertising. Individual businesses will also be able to promote it using a new Instagram hashtag and the hashtag #DeserveToBeFound on Facebook.

The campaign will highlight specific small businesses on Facebook, including handbag and luggage company House of Takura, whose founder Annette Njau spoke about the benefits of digital advertising at a press event.

These sentiments are similar to a campaign Facebook launched last year in opposition to Apple’s upcoming app tracking transparency feature, where apps will have to ask permission before sharing user data for third-party ad targeting. In response, Facebook claimed it was “standing up to Apple for small businesses everywhere,” though the social network also pointed to these changes as one of the “most significant advertising headwinds” it expects to face this year. Apple’s Tim Cook, by contrast, said these changes give consumers the control they’ve been asking for.

When asked how this fits into the broader dispute with Apple, Stirk said that while Facebook publicly opposed Apple’s changes, this campaign is part of the company’s long-term support for small businesses. “There is a degree of urgency in the fact that small businesses are suffering right now,” he said.

Facebook’s head of business products, Helen Ma, added that this is “very much an extension of the work we did on the product side at the beginning of the COVID period,” which included the launch of the Nearby Business section and a hashtag #SupportSmallBusiness .

In addition to launching the campaign, Facebook is announcing several product changes, including a simplified ad management dashboard, new options for restaurants to provide more information about their dining experiences, and more information about custom ads in Facebook’s Business Resource Center and Instagram’s Professional dashboard.

The company also said it will continue to waive fees on transactions through Checkouts on Shops through June 2021, and will do the same for fees charged on paid online events through August 2021 at the earliest.