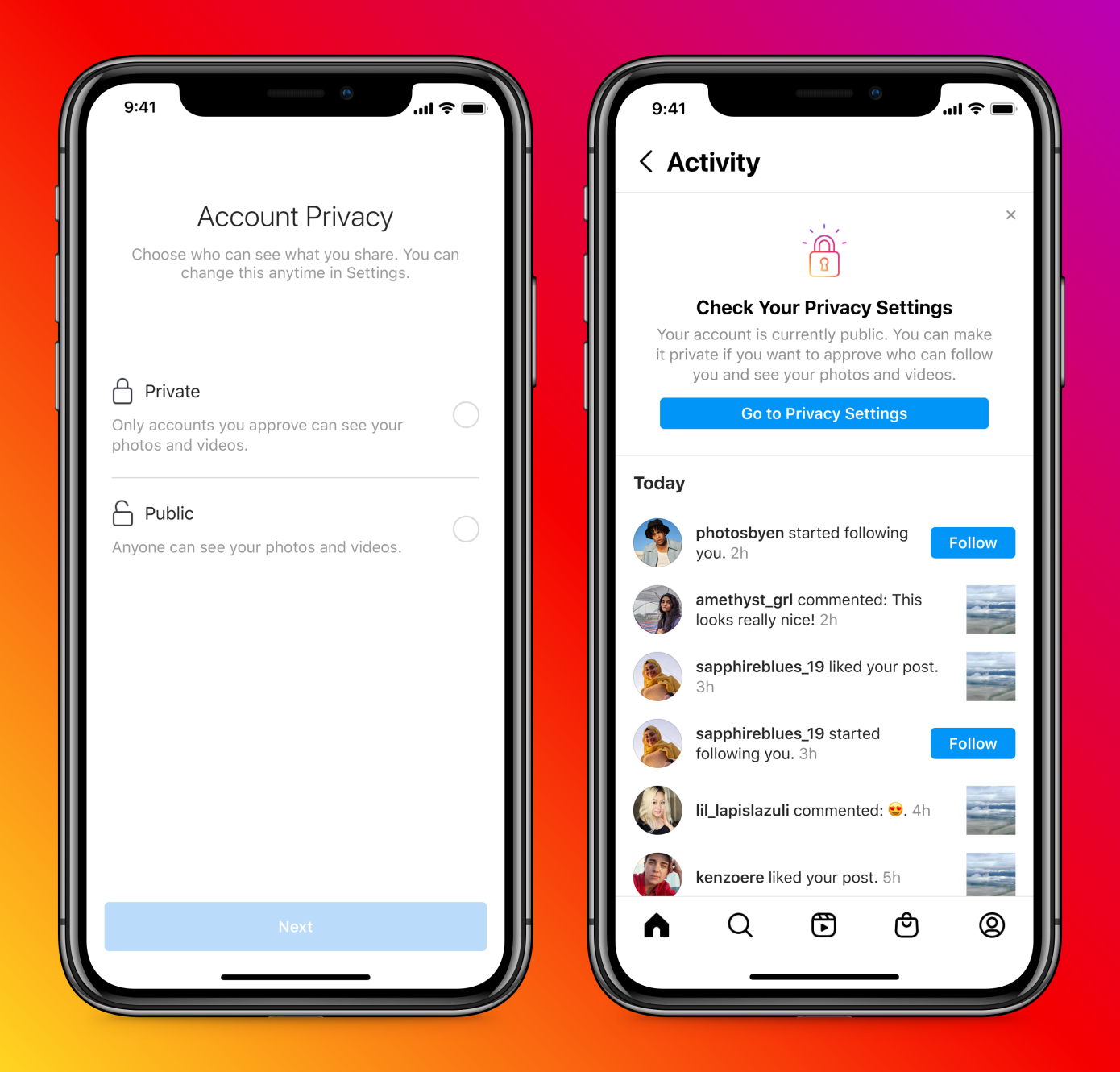 Earlier this year, TikTok updated its privacy settings and defaults to further lock down the app for its teen users. Instagram took the same path with its own teen-focused privacy updates, but did not choose to add more privacy to those accounts by default, as TikTok did; it largely made it more difficult for adults to interact with the app’s teen users.

The company said it is implementing new security features that will restrict adult users from being able to communicate with teens who do not already follow them. The exception to this rule would still allow the teen to interact with adult family members and other trusted adults on the platform, such as family friends. In the event that an adult attempted to send a text message to a teen who is not following them, they would receive a notification informing them that this was not possible.

And if the teen has already connected with an adult and is texting with them, the teen will be notified if that adult exhibits suspicious behavior, such as sending a large number of friend requests or messages to users under the age of 18. This tool will also allow the teen to end the conversation, block, report or restrict the adult from further contact.

In addition, Instagram said it will make it more difficult for adults to find and follow teens in other places within the Instagram app, including Explore, Reels and more. This will include restricting adults from seeing teen accounts in the “Suggested Users” section of the app, as well as hiding their comments on public posts.

The company also noted that it is developing new technology based on artificial intelligence and machine learning that would allow it to find teens lying about their age on the app. This could result in the application of these features even if the teen in question lied about their date of birth when registering on the app, but the technology is not yet fully active.

Other additions being implemented as part of the updates include new safety resources for parents and educational material for teens that will better explain what it means to have a public account on the app and encourage them to choose private options.

The timing of the launch is notable, as TikTok recently focused on making its platform safer for teens, not only with changes to its default settings, but also with the addition of parental controls a few months ago. Last year, the company took the unusual step of including a parental control mechanism directly in its app that allows a parent to link to another TikTok account to control the privacy of their profile and what they can do on the app. The company expanded these controls after launch, indicating that it considers these features core. By making privacy and parental controls a key part of the experience, the app is more likely to be blessed by parents who would otherwise restrict their teens’ social media access, and that helps TikTok grow its user base and the time teens spend on the app, sometimes at the expense of Instagram.