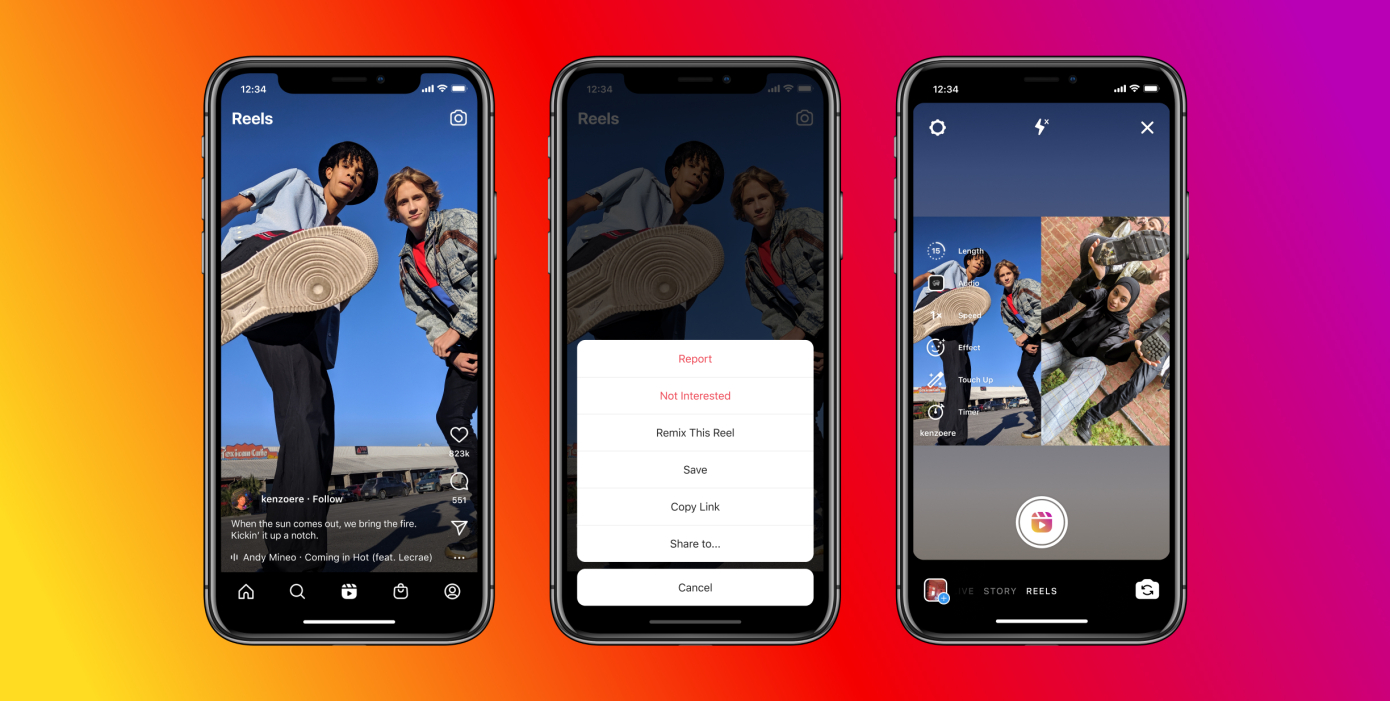 Instagram officially launched a new feature called Remix, which offers a way to record a Reels video alongside another user’s video. The option is similar to TikTok’s existing Duets feature, which also allows users to react or interact with someone else’s video content while creating their own. The new Instagram feature was in public testing earlier, so some Instagram users may have already gained access.

A few months ago, Snapchat was developing a Remix feature of its own. In fact, Snapchat is also using the name “Remix” for its TikTok rival Duets that is currently in development.

In TikTok, Duets are a key part of making the app feel more like a social network and less like a passive video viewing experience. Users take advantage of duets to sing, dance, joke or act along with another user’s video. They’ll do things like cook someone else’s recipe, record a reaction video or even just watch a smaller creator’s video to give it a boost.

Meanwhile, TikTok’s competitors, like Instagram Reels, Snapchat’s Spotlight or YouTube’s Shorts, for example, launched their short-form video experiences without a full set of engagement or editing features like TikTok, making their apps feel like pale imitations of the original. Remix on Reels is a first step in changing that perception by giving users at least one major option to interact and collaborate with fellow creatives.

To use the new Remix feature, first tap the three-dot menu on a Reel and select the new “Remix this Reel” option. Then, the screen will split into the original video and the new one, where you can start recording next to the original. When you are done, you can modify other aspects of the recording such as the volume of the original video or its audio, and optionally add a voice-over. After applying these or other edits, the Remix can be published.

The feature will only be available on newly uploaded videos, so unfortunately if you want to use older ones to duet, you must either re-upload them or go back to the old and specifically enable Remix.

Remixes will appear alongside any other videos that were recorded in the videos tab on your Instagram profile, and it will be possible to track who remixed content through the Instagram Activity tab.

The feature will be rolled out starting these days and will be enabled by default on all new videos posted from a public account.