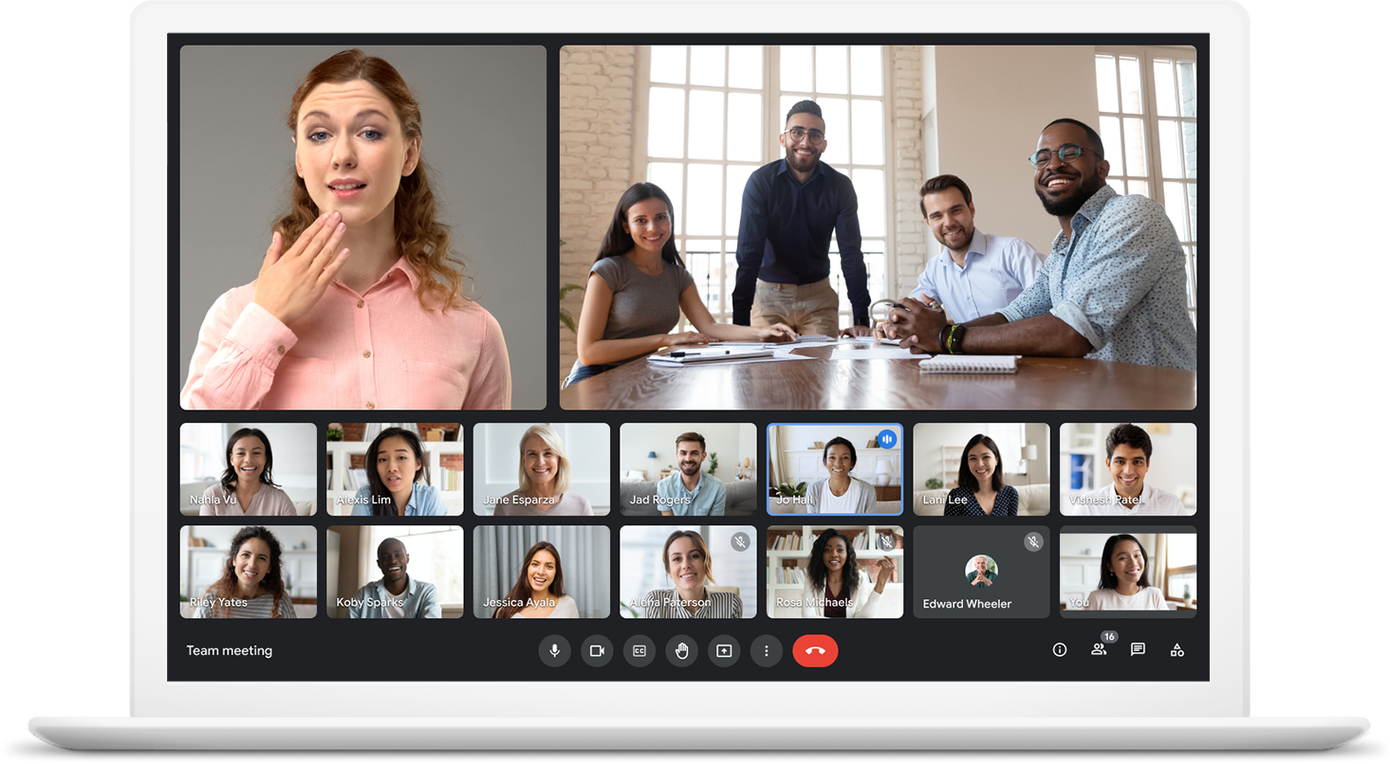 Google announced a major update to Meet, its video meeting service, which brings several tweaks to the desktop UI, as well as some new features, including multipinning so that multiple feeds can be highlighted instead of just one, as well as new AI-powered video capabilities for light adjustments, automatic zooming and a new data-saving feature on slower mobile networks.

Google says the release is intended to make meetings “more immersive, inclusive and productive.” The new user interface doesn’t appear to be a radical change, but it puts more controls and functions at your fingertips rather than hiding them in a menu. It also consolidates them in the bottom row instead of the current system that distributes functions between the main menu bar and a small additional menu at the top.

For presenters who don’t want to see themselves on the screen, Meet now also allows them to minimize or completely hide their own video stream, and if you really want to watch in your own eyes, you can also anchor your stream to the rest of the grid. Google says it also plans to soon allow you to turn off your auto-feed on all Meet calls as well.

Speaking of pinning, one feature that looks especially useful is the ability to highlight multiple feeds. This new multipinning capability will make it easier to focus on the participants in a chat who are most active, for example. This feature will be rolled out in the coming months.

And in a while, some of those featured feeds may seem a little more interesting (or annoying, depending on your point of view) because a new feature that Google planned, but is not yet ready to implement, is video background. For now, Google will only offer three scenarios: a classroom, a party and a forest. The company says more will follow, but it doesn’t look like it will be possible to bring your own videos to this feature anytime soon.

Other new features in this release include Meet’s ability to automatically enhance the video stream a bit to make sure it is more visible in a dark environment and enhance the video when sitting in front of a bright background. This will be implemented in the coming weeks. There’s also autozoom, which uses AI to automatically zoom in and place you in the middle of the frame. That will be coming to paid Google Workspace subscribers in the next few months.