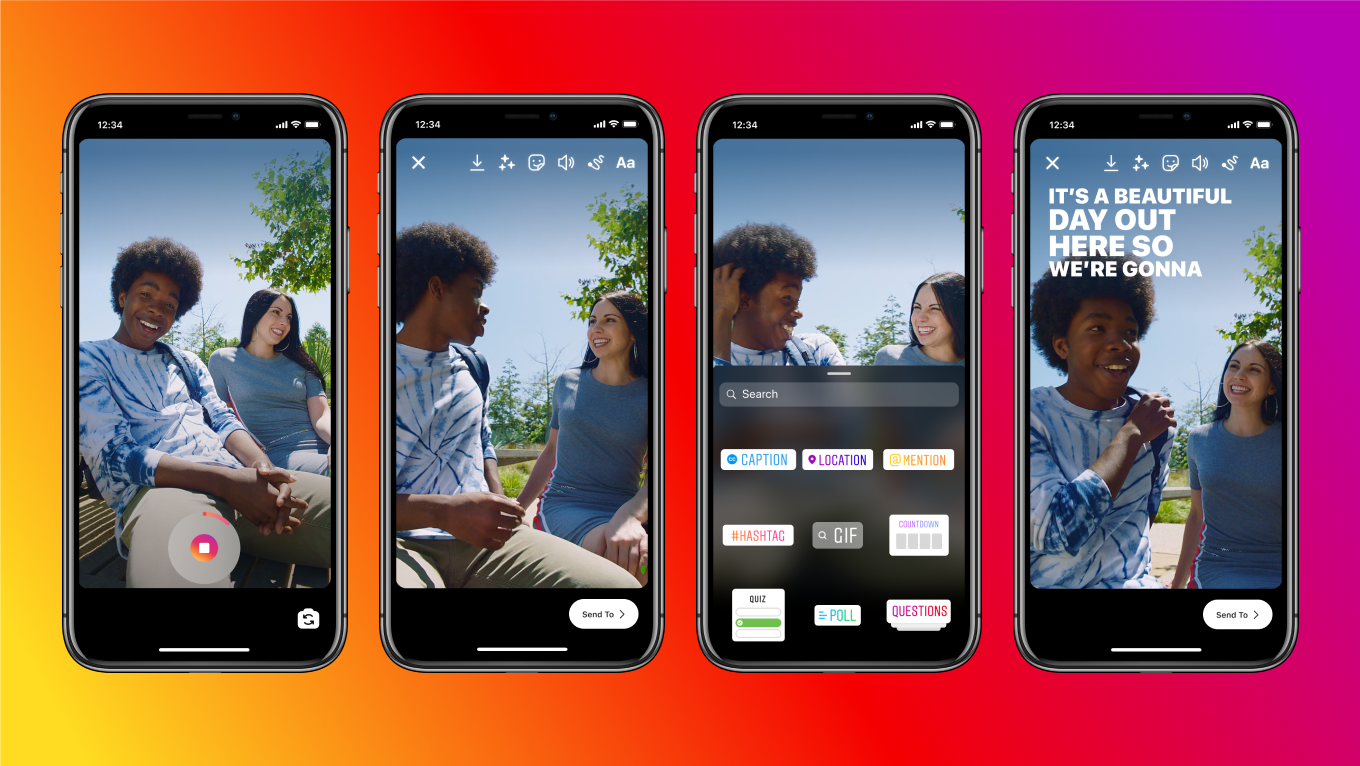 Instagram adds captioning option for Stories and soon for Reels

Instagram is making its Stories and Video Reels more accessible with the launch of a new “caption tag” that will allow users to watch without having the sound on. The addition will not only make it easier for hearing-impaired or deaf users to interact with video content, but also offers a way for users to watch videos when they are in a place where they don’t want sound on, don’t want to use or don’t have access to headphones or earbuds.

To use the feature, creators will first record a new video using the Stories or Reels camera in the Instagram app, or select a video to upload from their phone’s gallery. Then, the sticker tray should be opened to find the new “Captions,” which will convert the speech to text. The style, caption position and text and color can also be edited to match the content. When posted, the captions will appear along with the video for all to see.

At launch, the feature is only available in English and English-speaking countries, but Instagram plans to roll it out to other countries and languages soon. It is also rolling out the caption sticker first to Stories and will then begin testing it on Reels, with a wider rollout to follow.

The addition comes just weeks after TikTok announced its own captioning feature, which it calls automatic captions. However, the two products are somewhat different. Auto captions directly translate the speech of a TikTok video into U.S. English and Japanese, for starters, but the text itself is not customizable and can be turned on or off by the viewer from the app’s sharing panel. In addition, it is not yet widely adopted and many TikTok creators tend to use captions they create themselves or via third-party apps.

Instagram notes that it had previously launched support for captions in Threads and IGTV, but its expansion to Stories and Reels will have a bigger impact, given that Instagram Stories is used by more than 500 million people every day.