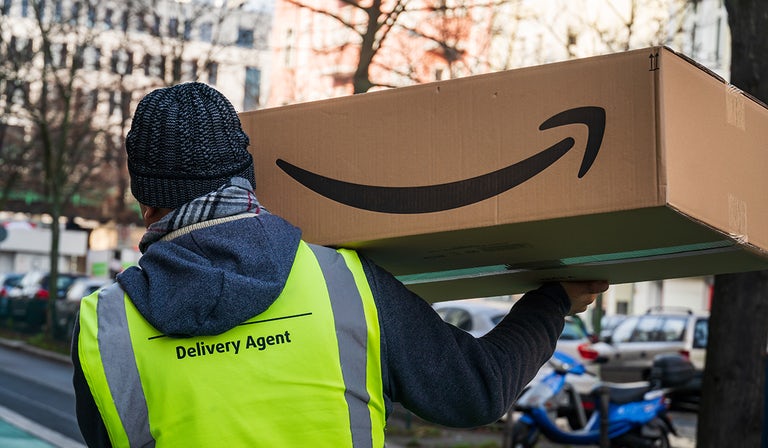 Amazon retains top spot as the world’s most valuable brand

Amazon received the award for the world’s most valuable brand for the third consecutive year, according to the Kantar BrandZ 2021 Top 100 ranking.

The e-commerce giant’s success comes amid a record year of growth for brands. Overall, the top 100 brands grew four and a half times as much as in a typical year and, collectively, are now worth $7 trillion, more than the GDP of France and Germany combined.

This growth was driven in part by increased optimism about a possible end to the pandemic, as well as steps taken by the U.S. government to boost the nation’s post-shutdown economic prospects.

“It’s the first time we’ve had two brands worth more than half a billion dollars, which is actually quite scary when you think about how much they’re actually worth,” Guerrieria adds.

As for the broader top 10, only two brands, Visa and Mastercard, had single-digit growth. It is a testament to the strength of these brands that they were able to bounce back after the blocking measures were lifted faster than, say, Wall Street. The report highlights how the brands were able to regain their positions of strength within 15 weeks of the first lockup in March 2020, twice as fast as conventional stock indexes.

“We had to check those numbers five times, because at first we couldn’t believe it,” Guerrieria explains. “It’s pretty amazing how resilient these brands are.”

For the first time this year, Chinese brands outnumber their European counterparts, and together with U.S. companies now account for 88% of the top 100. In addition, the dominance of technology and its influence in retail, entertainment and media continues unabated.

“I think we’re now to the point where technology plays a role in virtually all of the brand value growth we’re seeing, whether it’s for a grocery retailer or an automaker,” Guerrieria says.

That’s reflected in the two brands that enjoyed the biggest value gains in the ranking. Tesla boasted a remarkable 200% increase, while TikTok continued its meteoric rise with a 150% increase. The electric car brand’s figures were the best since Blackberry back in 2009.

Despite the limitations of the blockchain, Tesla maintained its vital brand equity and launched a broader range of products. “The equity data suggests that its relationships and perceptions with consumers absolutely strengthened. It feels like the year it became mainstream,” Guerrieria explains.

For UK brands, the misery continues. Vodafone, at 60, is the only entry in the top 100. By contrast, Sweden now has two brands in the ranking, with new entry Spotify claiming a place alongside Ikea.

Clearly, breaking into the top 10 next year will be a big challenge for any brand, even those with the best capital investment and relevance. As Guerrieria points out, standing still and hoping that one of these elite companies is going to fail in some way is not going to work. But could any of the current high flyers have a chance?

“The likes of Tesla and TikTok, I think they could,” Guerrieria offers. “I’m not saying it will necessarily be next year, but if you look at TikTok especially, it’s such a young brand that achieved great value quickly, that with the right proposition it’s possible. But for a consumer goods brand to move into that top space, if things hold up, it’s going to be really difficult.”