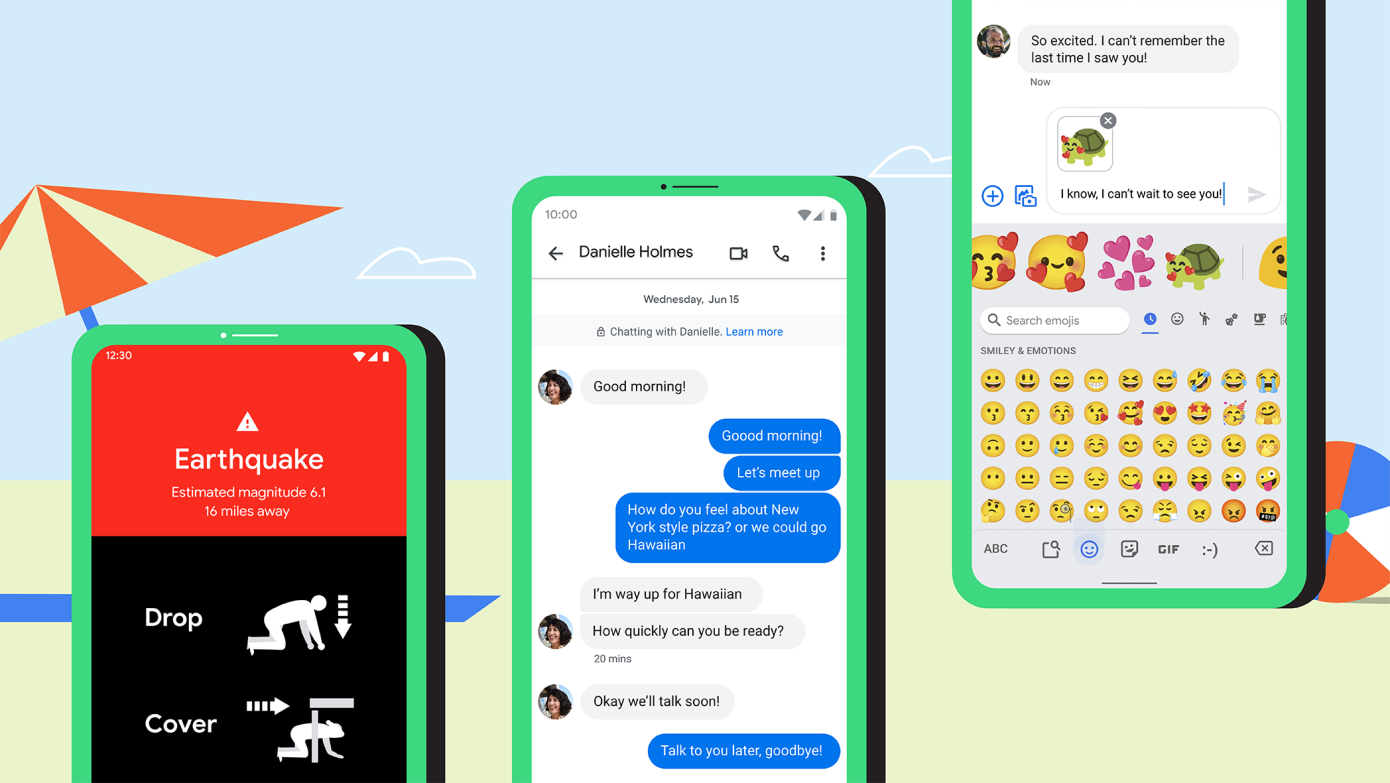 Android shared information about six features that will be rolled out this summer. Some are just quality-of-life updates, such as highlighting text messages to easily find them later or receiving contextual Emoji Kitchen suggestions based on what you’re typing. But other aspects of this update emphasize safety, security and accessibility.

A few months ago, Google added a feature to Android that basically uses your phone as a seismometer to create “the world’s largest earthquake detection network.” The system is free and, since being tested in California, was also launched in New Zealand and Greece. Now, Google will introduce the feature in Turkey, the Philippines, Kazakhstan, Kyrgyz Republic, Tajikistan, Turkmenistan and Uzbekistan. The company says they will continue to expand the feature this year, prioritizing countries with the highest risk of earthquakes.

When it comes to accessibility, Google is ramping up its gaze detection feature, which is now in beta. Gaze detection allows people to ask Voice Access to only respond when they are looking at their screen, allowing people to move naturally between talking to friends and using their phone. Voice Access will now also have improved password entry: when it detects a password field, it will allow it to enter letters, numbers and symbols by saying “capital P” or “dollar sign,” for example, making it easier for users to enter this sensitive information more quickly.

In October, Google Assistant became available on accessible devices that work by eye gaze, and in the same month, Google researchers presented a demonstration that made it possible for people using sign language to identify themselves as the “active speaker” on video calls. Apple does not yet have a comparable gaze detection feature that is widely available, although they acquired SensoMotoric Instruments (SMI), an eye-tracking company, in 2017. So expect similar accessibility features to be in the works at Apple, especially as Google continues to build theirs.

The Android update also allows Android Auto users to further customize their experience. Now, you can set the home screen from the phone, set dark mode manually, and more easily browse content in media apps with an A-Z scroll bar and “back to top” button. Messaging apps such as WhatsApp and Messages will now be supported on the home screen and EV charging, parking and navigation apps will be available for use.