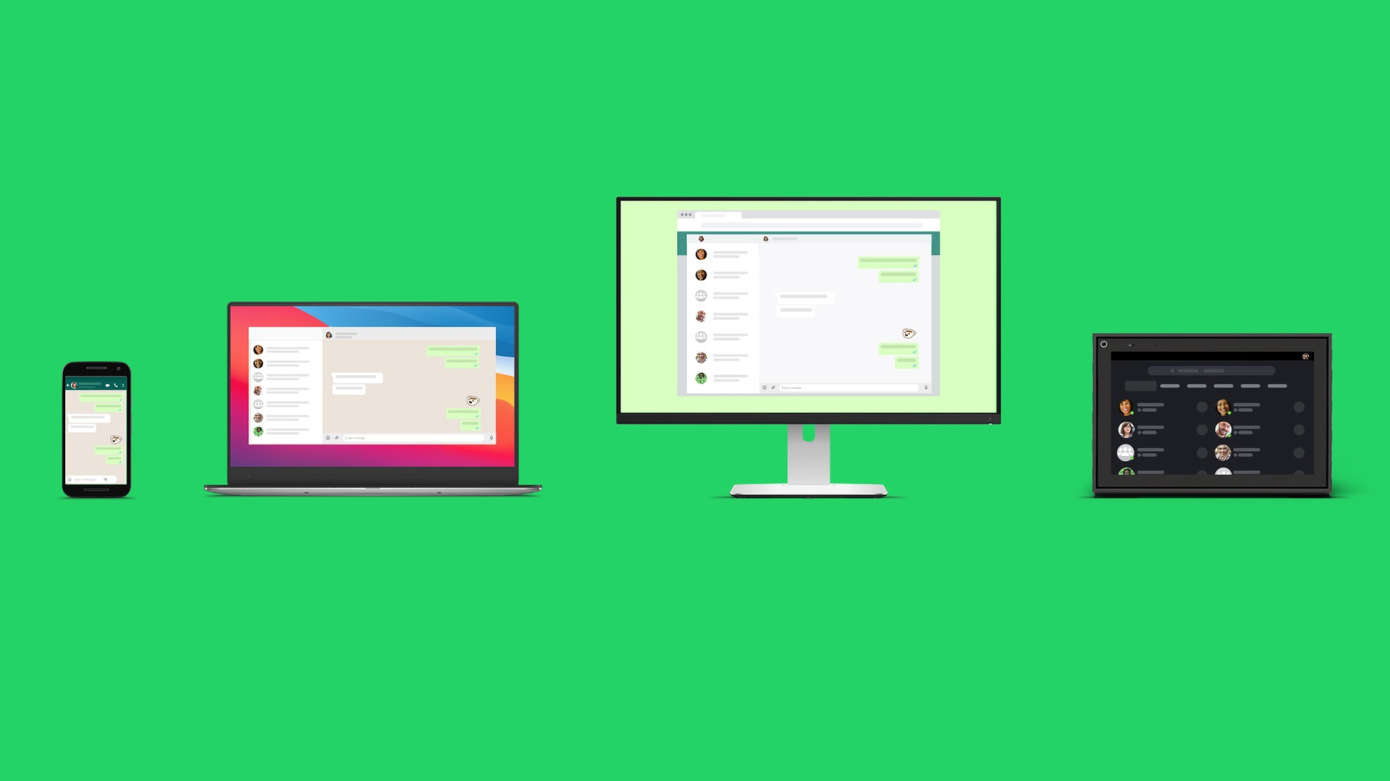 WhatsApp tests multi-device support that works without the phone

WhatsApp is finally pushing an enhancement to a key feature that even the Facebook-owned instant messaging service acknowledges was a top user request for years. The company said it is rolling out a limited public beta test for its enhanced multi-device capability.

The update allows WhatsApp users for the first time to use the service on up to four devices other than phones without having the phone registered on or connected to the Internet. The WhatsApp spokesperson said this multi-device chain cannot have another phone.

“Each companion device will connect to WhatsApp independently,” the messaging app said in a release.

To be clear, WhatsApp, which is used by more than 2 billion users worldwide, already provides support for multi-device use. A user can simultaneously access the service, for example, from a web browser or a desktop application on their computer. But the multi-device support stream currently requires the phone to be connected to the Internet.

In WhatsApp’s own words, “By requiring the phone to perform all operations, add-on devices are slower and frequently disconnect, especially when the phone has a poor connection, the battery is running low, or the phone’s operating system interrupts the application process. It also allows only one companion device to be operational at a time, which means people can’t be on a call while checking their messages on their PC, for example.”

WhatsApp’s new multi-device architecture removes these obstacles, as it does not require a smartphone to be the source while keeping user data synchronized and private in a seamless and secure manner.

In a published whitepaper, WhatsApp described how this feature works, which gives an idea of why it took so long to ship. The firm says it developed new technologies that ensure that even across multiple devices, messages sync while maintaining end-to-end encryption, a feat that is currently rare in the market.

“To achieve this, we had to rethink WhatsApp’s architecture and design new systems to enable a standalone multi-device experience while preserving privacy and end-to-end encryption,” the company wrote. “Each message is encrypted individually using the peer-to-peer encryption session established with each device. Messages are not stored on the server once they are delivered.”

The feature also doesn’t change the way WhatsApp uses cloud backup for users, a spokesperson said. “The mechanism we use to sync messages and other app data across a user’s devices is independent of our cloud backups,” the spokesperson added, pointing to the whitepaper that describes the protocol in more detail.

WhatsApp does not have a specific date for when it plans to roll out this feature to all users. Instead, the company says it is initially rolling out this feature to its existing beta users. In the coming months, it also plans to start adding it as an optional beta feature for a small number of users on stable versions of the app.

The aforementioned feature is one of many that WhatsApp is currently developing. It is also working on a dedicated iPad app, in addition to expanding last year’s disappearing mode feature. The app, which currently allows users to set a seven-day timer on messages, plans to expand this feature to allow users to share images and videos that can only be viewed once.