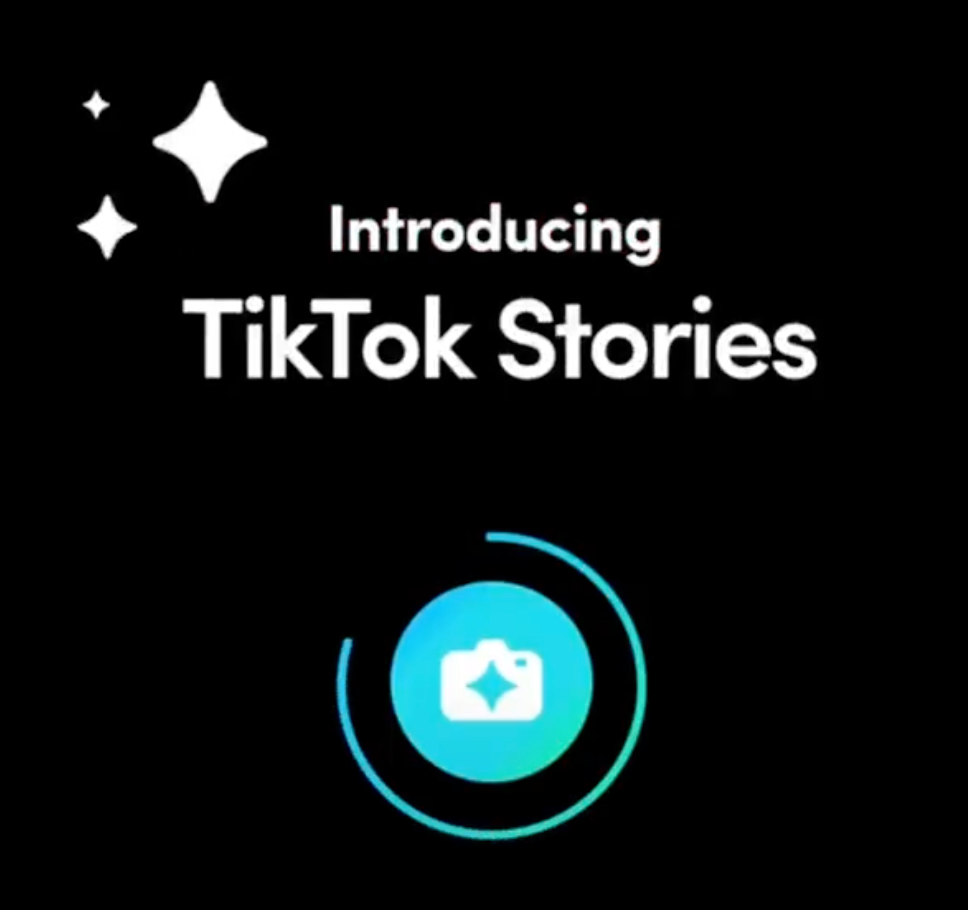 Twitter may have shut down its Stories features known as Fleets, but the Stories format will continue to invade other social platforms. TikTok confirmed that it is testing a new feature, TikTok Stories, that will allow it to explore additional ways for its community to bring their creative ideas to life.

The company notes that the new feature will be another option in addition to its existing storytelling tools, such as videos, duets, Stitch and LIVE; it is not intended to replace them.

TikTok did not say how long the pilot test would last or whether it will end in a public launch. However, the test was running for several days, not weeks or months. It is available in a small handful of products outside the U.S. and markets for the time being, with the goal of getting feedback and input from TikTok users.

The actual feature set may or may not make it into the public product. The timing, of course, was somewhat suspicious: Twitter shut down Fleets in what was a fairly high-profile example of a failure to make Stories work on a social platform, despite its popularity on other apps, such as Snapchat, Instagram, Facebook and even, lately, Pinterest.

From screenshots and videos of TikTok Stories in action, you see a product that appears to be, for the most part, something familiar to Stories users on other platforms.

Users can tap the camera button from the new navigation bar on the left side of the screen to create their first story, then use common tools like those to add text or stickers, insert sounds and even use effects on their content. Like other platforms, users can record videos or upload photos; the latter opens up TikTok to take advantage of users’ larger camera rolls, rather than relying on video alone.

Where TikTok’s version of Stories differs is that it allows users to comment publicly on the creator’s content. These comments are public and mutual friends can see each other’s comments. There is also another tab where you can see how many people viewed a given story and whether or not you are following those users. The button will allow you to click to follow people. TikTok stories are also ephemeral and disappear in 24 hours, the app’s tutorial explains.

To view stories from other creators, you can scroll through the new sidebar and tap the creator’s avatar to see their content. This almost looks like the vertical version of Twitter’s Fleets bar, even down to the blue rings around creators’ profile pictures.

The addition of Stories gives TikTok users who don’t post regularly (or at all) an easier way to start interacting with the app’s tools by starting with a more comfortable and familiar format. It can also provide creators with a way to casually interact with fans in between their more polished and edited TikTok video posts.

But it also gives TikTok a much larger surface area where it could eventually run ads, assuming it can first adequately moderate tentative attempts to circumvent community guidelines that result from launching an “ephemeral” feature.

The feature is also a direct shot across Instagram’s bow, following the Facebook-owned app’s direct attempt to copy TikTok with Reels. TikTok declined to say which markets specifically may try TikTok Stories. However, screenshots show the feature described in English and on Android phones.

While Stories may have failed on Twitter, the platform is not known for hosting rich, creative tools like TikTok. Meanwhile, TikTok believes in exploring any creative tool that can allow its users to express themselves, whether through videos, live streams, interacting with others or now, through ephemeral and short-form content.