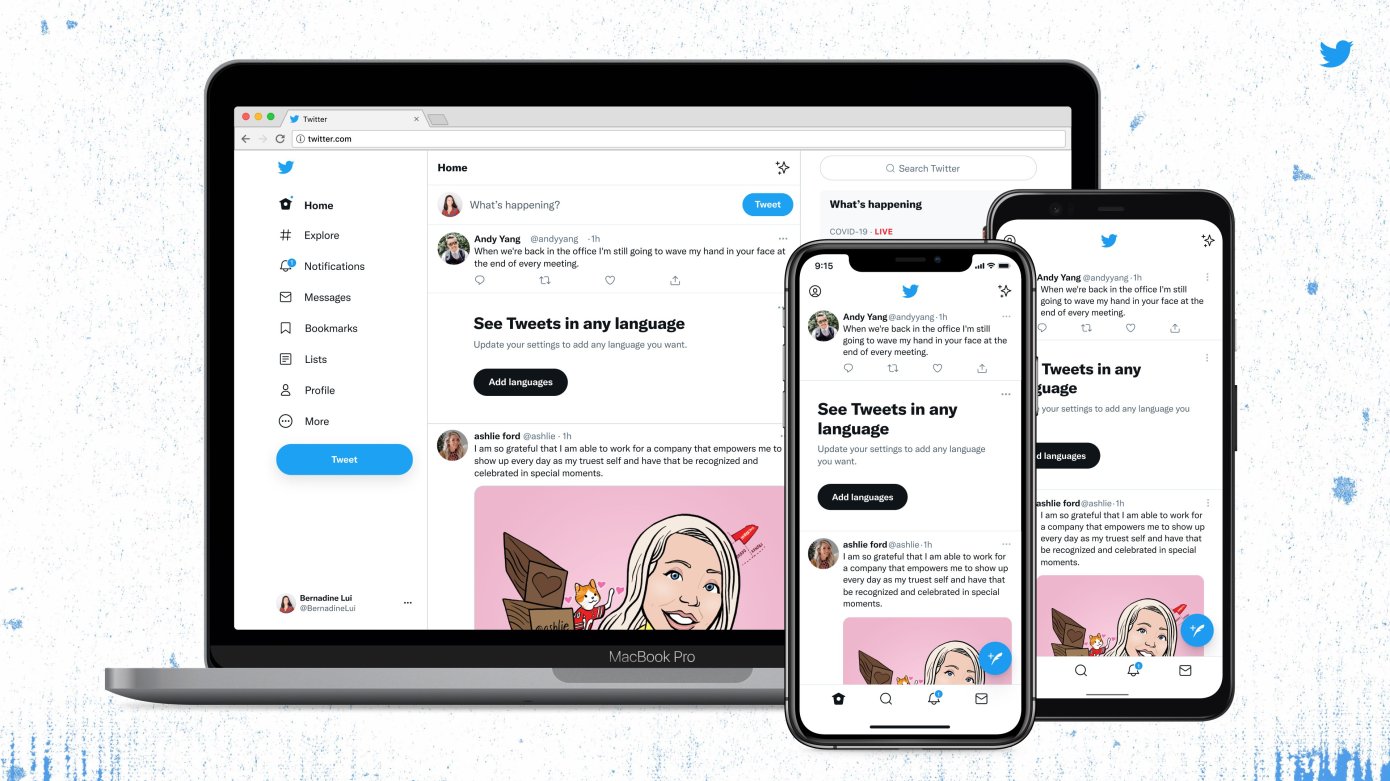 Twitter unveiled a revamped version of its website, which the company says will make the site more accessible, less cluttered and easier to use. Among the changes, which are also being rolled out on iOS and Android, are a new Twitter font, “Chirp,” and changes to several elements that will make them higher contrast, among other things. Soon, Twitter will also launch new color palettes.

Chirp was first introduced in January as Twitter’s first proprietary font. In the past, the company had relied on fonts such as SF Pro, Roboto and Helvetica Neue for its branding. The goal of Chirp, beyond giving Twitter its own form of visual expression, was to offer a crisp, legible typeface for everyday use, but also one that would allow for more personality, even when set on the move or used for brand advertising.

However, at the time of its debut, Twitter had not yet committed to making Chirp the typeface for its broader product, although Twitter’s global brand creative director Derrit DeRouen said it was his “personal wish.”

Now, Twitter is making Chirp a central part of the new website, as well as iOS and Android devices, including the mobile web. It also makes all Western-language text left-aligned, which the company says will make it easier to read while scrolling.

The colors on Twitter.com were also updated to have higher contrast, as were the buttons. One noticeable change is that there is much less Twitter blue on the site. For example, tweets and navigation were now changed to black when using the default theme with the white background. And changes to buttons, such as the Twitter “Follow” buttons, for example.

These tweaks may seem minor for now, but they could become more important as Twitter rolls out its expanded feature set, such as Super Follow and other features, because they give the company a way to emphasize particular actions it wanted the user to take.

The redesign also removed some of the visual clutter on the screen, such as what Twitter calls “unnecessary divider lines.” There are fewer gray backgrounds, as well as space to make text easier to read.

The changes prepare Twitter to accommodate a different kind of online experience that goes beyond simply sharing text-based posts with the occasional photo or other media attachment.

With Super Follow, Twitter is aiming to attract more creators to the platform, and the company is also rolling out e-commerce shopping features, a subscription service for power users, live audio with Spaces, redesigned bookmark collections and more.

But adding features could lead to a more confusing experience, particularly for newcomers, as new options could start cluttering the screen. So it makes sense that Twitter is redesigning its website now. However, it remains to be seen whether Twitter users will appreciate the update.

The company says the changes are just the beginning of more visual updates to come, though it gave no clues as to what those future tweaks might include. It only noted that it would release more color palettes “soon.” This update will attempt to closely align the palettes with Twitter’s updated brand look and feel.