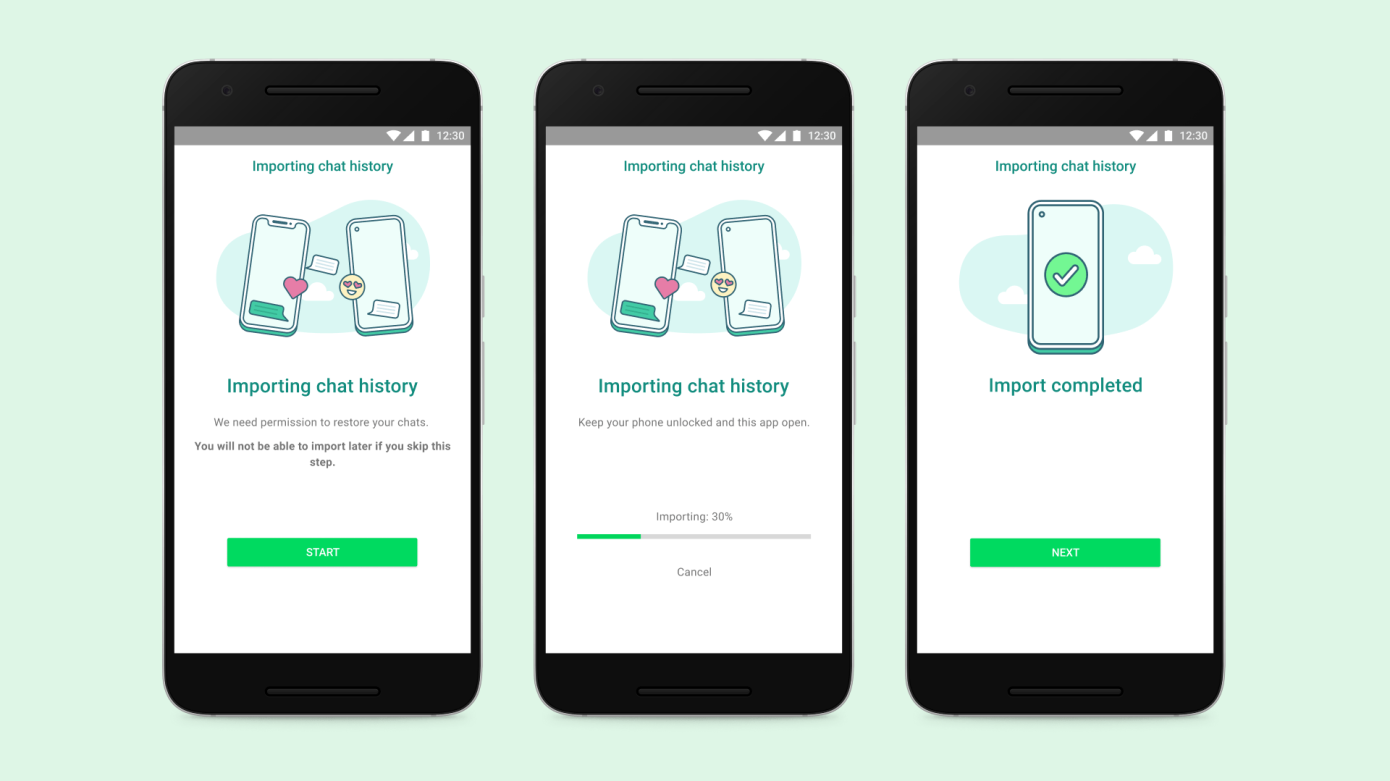 WhatsApp users will finally be able to move their entire chat history between mobile operating systems, something that was one of the biggest requests to date. The company unveiled a feature that will soon be available to iOS and Android device users, allowing them to move their voice memos, photos and WhatsApp conversations securely between devices when they switch between mobile operating systems.

The company had been rumored to be working on such functionality for some time, but details of which devices would be supported initially or when it would launch were not yet known.

In product leaks, WhatsApp appeared to work on an integration into Android’s built-in transfer app, Google’s data transfer tool, which allows users to move their files from one Android device to another, or switch from iOS to Android.

WhatsApp showed off the new tool at Samsung’s Galaxy Unpacked event and announced that Samsung’s newest Galaxy foldable device would get the feature first in the coming weeks. The feature will later be rolled out on Android more broadly. WhatsApp did not say when iOS users would get access, but a spokesperson said the team is working to bring the feature to users around the world.

To use the feature, WhatsApp users will connect their new and old device via the USB-C to Lightning cable and launch Smart Switch. The new phone will prompt to scan a QR code with their old phone and export their WhatsApp history. To complete the transfer, you will need to log into WhatsApp on the new device and import the messages.

Creating such a feature was not trivial; messages on their service are encrypted end-to-end by default and stored on users’ devices. That meant creating a tool to move chat history between operating systems required additional work from both WhatsApp and OS and device makers to build it in a secure way, the company said.

“Your WhatsApp messages belong to you. That’s why they are stored on your phone by default and can’t be accessed in the cloud like many other messaging services,” Sandeep Paruchuri, WhatsApp product manager, said in a statement about the launch. “We are excited for the first time to make it easy for people to securely transfer their WhatsApp history from one operating system to another. This was one of our most requested features from users for years and we worked together with OS and device manufacturers to solve it.”