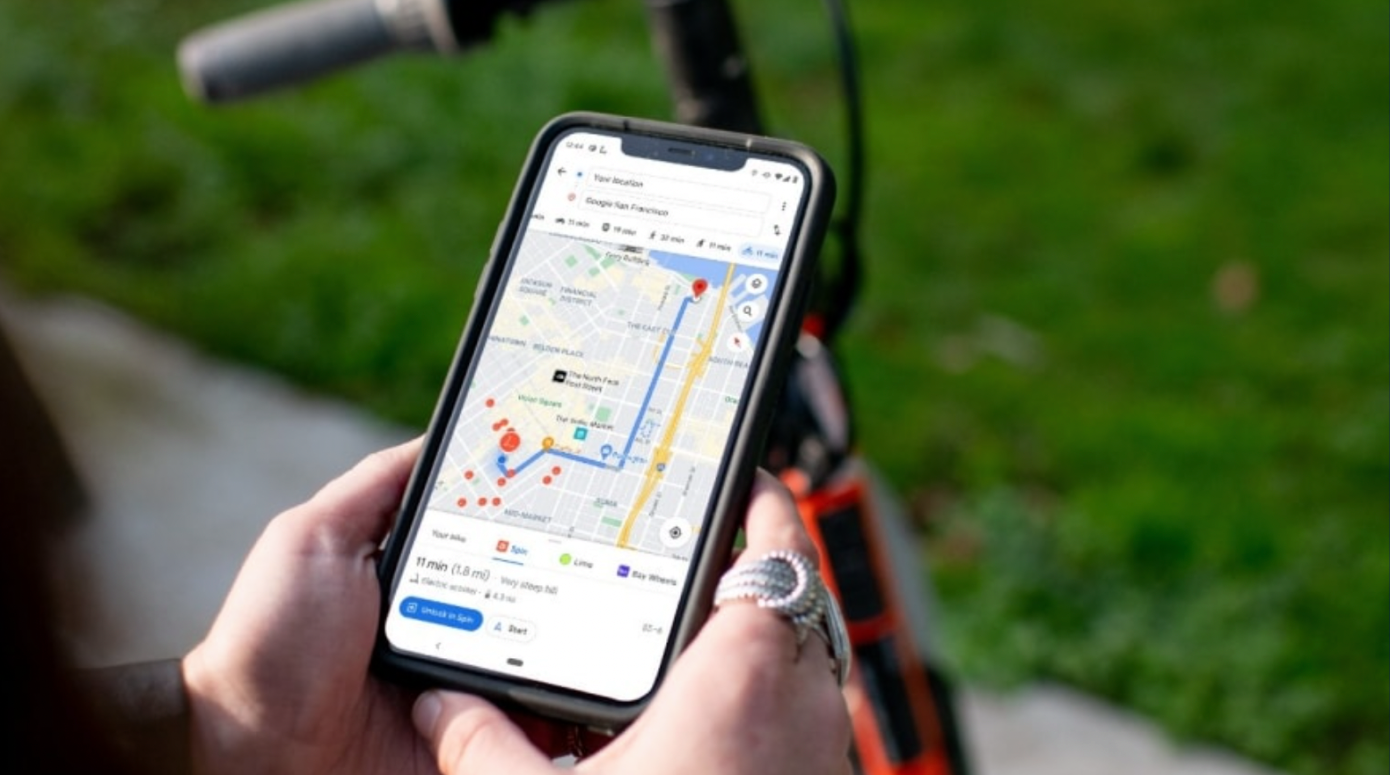 Spin, the Ford-owned micromobility company, announced an integration with Google Maps. Users planning trips in 84 cities, towns and campuses in the U.S., Canada, Germany and Spain will be able to see Spin’s electric skateboards and bikes on the app as they plan their trip.

Spin joins its main competition in the popular mapping app, Lime, which also recently announced an integration with the Moovit transit planning app. One can expect to see more integrations of micro-mobility operators with mapping apps as shared mobility becomes part of the broader transit ecosystem.

A recent report by the North American Bikeshare & Scootershare Association on the state of the micromobility industry found that 50% of riders reported using shared mobility to connect to transit, and 16% of all micromobility trips were for the purpose of connecting to transit.

Similar to Lime, the Spin icon will now appear in the bike section of Google Map when planning a trip, only in the mobile app, not on the desktop. A user will see the nearest available Spin vehicle, how long it will take to walk to it, what the estimated battery range is, and the estimated time of arrival if using the vehicle. Choosing that option will direct users to the Spin app to pay for and unlock the vehicle.

“With this integration, Spin makes it easy for millions of Google Maps users to easily incorporate shared bikes and skateboards into their daily commute,” said Ben Bear, CEO of Spin, in a statement. “Our goal is to make it as frictionless as possible for consumers to plan multimodal trips. It should be as easy and even more convenient to get around with bikes, colectivos, trains and scooters as it is with a personal automobile.”

Bear also said this collaboration with Google is Spin’s largest, and teased “many more in the pipeline.” Spin is already integrated with platforms such as Citymapper, Moovit, Transit and Kölner Verkehrs-Betriebe. This news comes shortly after Spin announced it would add electric bikes to the mix and try to capture market share with exclusive or semi-exclusive urban partnerships. A major integration application like this could be a vote of confidence for Spin as it looks to partner with more cities in the future.