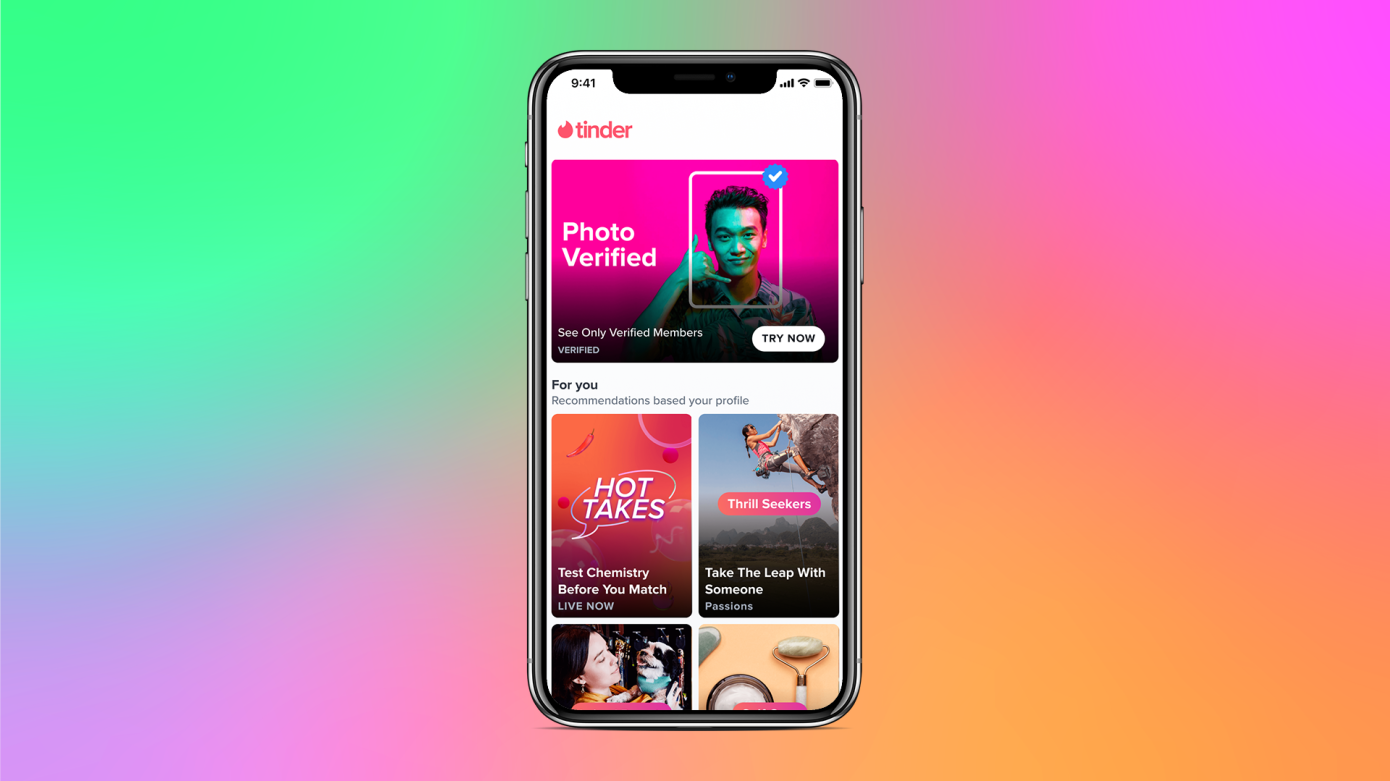 Tinder is redesigning its app to put a greater emphasis on its social and interactive features with the launch of “Explore,” a new section that will feature events, such as the return of the popular “Swipe Night” series, as well as ways to discover matches by interests and feature the option for quick chats before a match is set. Combined, the changes help move Tinder further away from its roots as a speed dating app based on matches toward something more like a social network meant to help users meet new people.

This shift may resonate better with a younger generation that may feel traditional online dating lost its novelty. These users are turning to apps that market themselves as places to meet new friends, while newcomers to the dating app industry are experimenting with other means of connecting users, such as short videos, similar to TikTok, like Snack or even audio, like on SwionMe. For Tinder, these market shifts may have posed an existential threat to its own business. But instead, the company doubled down on interactivity as a core element of the Tinder experience and as a means to maintain its dominant position.

At launch, Tinder Explore will include a suite of existing features along with a new way to meet people. The latest users allow you to connect with others based on their interests, such as food lovers, gamers, music lovers, social causes, entrepreneurs and more. Over time, more interests will be added, allowing Tinder members to find someone based on their appearance.

Explore will also be home to Tinder’s “Swipe Night,” the interactive series that launched in 2019 as an in-app choose-your-own-adventure story that helped drive Tinder engagement by giving users a reason to relaunch the app at a specific time. Tinder hailed “Swipe Night” as a success, saying the feature surpassed 20 million users during its first run and generated a 26% increase in matches. In November, the series will return, this time, with new characters and a new whodunit-style storyline. It will now also take advantage of the “Quick Chat” feature that powers Tinder’s “Hot Takes” experience, which allows unmatched users to chat.

“Hot Takes” will also appear in Tinder Explore, which the company describes as a lower-risk way to match with other users. As a timer counts down, users who are chatting can choose whether they want to match. If the timer expires, they meet someone new, similar to an online version of speed dating. Since its launch this summer, millions of Tinder users tried it out and it is only available from 6:00 pm to midnight local time.

However, the biggest story about Tinder Explore is not just what kind of features it will have, but what the company has in store for the future. Earlier this year, Tinder’s parent company Match bought Korean social networking company Hyperconnect for $1.73 billion, its largest acquisition to date. And it is gearing up to use Hyperconnect’s IP to make the online dating experience even more interactive than it is today, having announced plans to add audio and video chat, including live group video, to several of its major dating app properties, including Tinder.

Tinder Explore provides a platform where features like this could be added later, something Tinder suggests and notes that the section is designed to give users access to “a growing list” of social experiences with “many more to follow.”

“A new generation of daters is asking us for more in the post-Cinder world: more ways to have fun and interact with others virtually and more control over who they meet on Tinder,” Tinder CEO Jim Lanzone said in a company announcement. “The launch of Explore is an important step in creating a deeper multi-dimensional interactive experience for our members that expands the possibilities of Tinder as a platform,” he added.

Tinder Explore began rolling out in major English-speaking markets on Wednesday, September 8 and will be available globally in mid-October.